You are here: Home › Art and being an artist › Social change 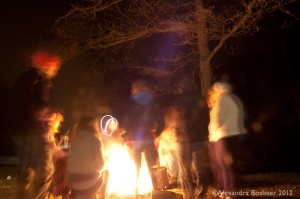 I have been traveling again, and noticing the individualism inherent in the US. It hits very hard after reading The Spirit Level by Wilkinson and Pickett, which shows over and over how societies (in different parts of the world) with greater inequality have greater public problems: from crime to obesity, poorer public health and poorer trust.

Trust is probably one of the most essential and yet intangible attitudes we will need to have to make any changes. The inequality described in The Spirit Level is not hard to alleviate: it just requires political will. And yet the US and the UK have been increasing the gap between rich and poor for decades. Ironically, the ‘big state’ reviled by many politically conservative spokespeople, is increasingly necessary in an unequal society, to protect citizens from the violence and crime, to provide social care to those damaged by lack of trust, and more. Underlying the inequality in the US, however, is a sense of purely individual capability, and individual effort. I find it sad that millions of people don’t realize a sense of belonging and connectedness doesn’t only happen within churches. Although many in the US believe that their country is the only or most democratic one in the world, the assumption of individualism in fact destroys real demoncracy: individuals can vote but not otherwise affect policies. Neither of the two common responses to voiced desire for change – throwing up one’s hands or telling critics to emigrate – is effective in improving the society. The individuals will need to find a way back to trust, to a sense of corporate participation beyond individualism, to address inequality and its pernicious effects on their entire society.

And cultures more conscious of social effect are not necessarily inherently perfect. One example is the use of shame to control people who may ‘rock the boat’. Recently while on a night walk in a country where social contacts are tight, I put a flashing bike light on my head, to warn cars there was a pedestrian. But the embarrassment was literally unbearable for the person with me. This is terribly sad, the greatest damage a society can do to humanness, to censure and crticise until every innovation and silliness is edited out, until we forget to have a good belly laugh and be human again. 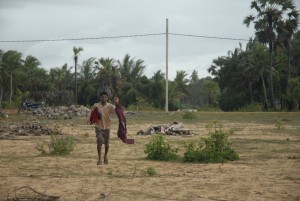 Quakers should speak plainly from their inner conviction, but this is hard in a society where shame is used to control who are too different. And may go unheard in the cacophony of a society of individualistic voices unafraid to shout out their beliefs (and they must shout, for there is no one nearby). As a foreigner, as someone with dual nationality, it is easier to speak despite the social pressure in the society using shame, although the effect may be of the isolation suffered in the individualistic society. Finding other people (Quaker or not) who are not only unafraid to speak but unafraid to listen well -and then to join in the society-changing action – is perhaps the challenge.

One Response to "Social change"