You are here: Home › Change › Society: more than the sum of its parts 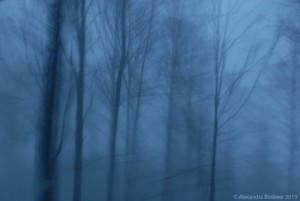 The newspaper announced it today: trees affect their environment. I am amazed that this is news – are there people who still don’t know this simple fact. We don’t need the media to announce it to us – just walk into a forest in winter and feel how it is warmer, in summer and feel the cool mildness,in the rain and feel how the rain is caught, used, and the extra dropped down your neck in a big joking drop.

Similarly, we forget we are part of a whole. A whole ecosystem, a whole society, a whole globe. With regard to trees, individual people say, I’ll just cut this one tree, or two, or ten. Forest owners say, I’ll cut just this one hectare, or 100. What difference will it make? they say. It makes a huge difference: not only to the plants and animals living there, not only to the soil and the water which must run away instead of soaking into roots and moving up through trunks into leaves. But most people say, ‘okay, it makes a difference, but I should be able to get profit/income from my part of the earth’s crust.’

But that bit of the earth’s crust is part of a whole. And the tragedy is that we do not see the whole, we do not perceive ourselves as part of something larger. We do not see that each person cutting 100 hectare will eat away at the forest, bite small pieces and soon the whole pie will be gone. Each person says, I should be able to do as I like with my tree, my forest. This system avoids collapse as long as not everyone wishes to do the same, but that is not the same as the system working. 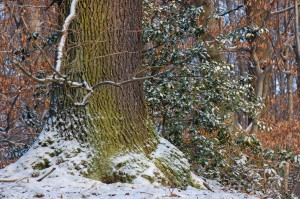 Why do people focus each on their own patch of ground? Why do we teach it is better to compete than to share? We have not sufficiently developed our capacity for charity: benevolent goodwill towards others. When we feel we share the earth with people, all people, the poor, those with cultures very different from ours, the rich who want to grown tobacco, soaking up water and nutrients and make huge profit, when we feel part of the community of humans sharing the natural world, then we might be able to build something together which shares more equitably the benefits we gain from each other and from the natural world.

We do not see that being grumpy or negative toward other people is cutting a little bit of forest.

I was recently at a conference organised by the organisation where I work – that is, planned by seven people, organised by one, and for which the credit was claimed by at least three (not including the person who did do all the work). The single element which amazed me the most was the desire for perfection. These were adult Quakers, people who say they value simplicity and equality, say they see that of God in everyone. And yet many wanted their own room even if it meant excluding others from the conference, complained about the food, couldn’t accept that vegans may have to subsist on vegetable soup and grains. There were people who felt the best way to spend their mealtimes on economic justice, was to come to me and other staff members, crouch down next to us as we tried to enjoy a meal, and outline every imperfection in the day, with extreme disappointment demonstrated when we did not jump up to resolve their complaints. 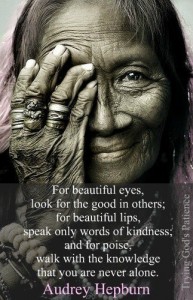 Do we live in the ways which exemplify our values? Do we accept that the world and the humans working within it are imperfect? Do we realise that simplicity will mean giving up the luxury of one’s own bathroom, a house too big for one’s needs, of the perfect menu? How do you think much of the rest of the world lives with regard to space, choice of food, and the desire to complain so someone else will fix the problem? I am curious as to your answer after the gruelling experience of organising a stimulating and exciting event in which participants -despite the good conversations and the focus on the future- wanted us to fix every element of a boring meal or an imperfect arrangement.

The Navajo are among those who are said to make crafts with deliberate imperfection because only God is perfect. And this is a good reminder. Even if one is not a believer in a perfect God, perhaps the essence is the reminder that the world and humans are not perfect. Whatever happened to enjoying life as it comes?

One Response to "Society: more than the sum of its parts"